Rare opportunity to own a piece of the Outer Banks history. According to the sellers, the front cottage named the "Ruth Cottage" was the boat house for the Lifesaving Station that used to be located in Kill Devil Hills. a few properties to the south. When the station was decommissioned in 1933, the cottage was moved 100 yards north to where it sits now. On the day the Wright Brothers attempted their first flight, the Surfmen from the Coast Guard Station helped the Wright's move their flying machine to the top of Kill Devil Hill.

It is safe to assume that the Wright Brothers have been inside of this cottage.

The back cottage closest to the ocean was located from the Naval Shipyard in Norfolk and was used to house families on the base during WWII that were building ships during the war. In 1950, the current sellers family bought the property and it has been in the family ever since and they would love to see it preserved for generations to come. If you are interested in utilizing this large prime oceanfront lot for new construction, you will have endless possibilities that could result in a great investment property maximizing rental income.

This location is next to a lift station so you should be able to tie into the central sewer which will allow you to build a large house. Please ask listing agent for plans and rental projections for new construction. 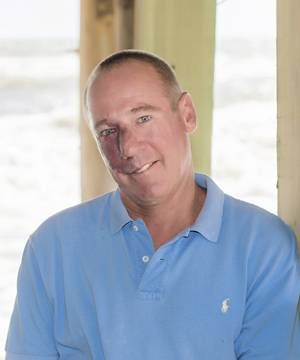