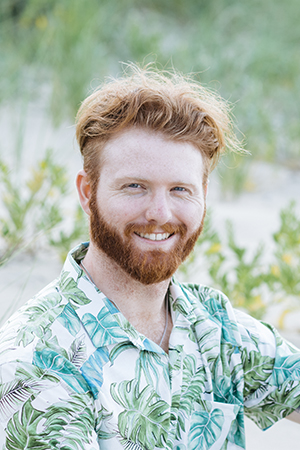 Sam grew up in York, Pennsylvania, spending most of his summers in Corolla. Years later he graduated from Florida State University in 2017 with a Bachelor of Science Degree in Economics with a Specialization in Local Markets. Sam began his real estate career in commercial sales and leases with Thalhimer | Cushman & Wakefield in Virginia Beach. After finding his dream home in Corolla for himself and his kittens, Ares and Athena, he returned to real estate looking to help others find theirs.

Sam is a writer in his free time, with one published novel and more to come. He has worked in retail and restaurants between Corolla and Duck, finding some of the best hidden gems on the Outer Banks. Sam is an avid cook, growing his own herbs and sourcing local ingredients. He is part of the Corolla Football Club, which hosts pickup soccer matches at the Whalehead Club. In addition to playing sports, Sam is a back-to-back Fantasy Football Champion and enjoys sharing waiver wire pickup tips.

Using his developed skills from commercial sales and leases, and his Economics degree focused on Local Markets, Sam can help you understand if a property would serve you well as a second home or as an investment. He listens first, understanding what his clients’ desires are and serving their best interests.

No listings for this agent available.