Join the Friends of Jockey’s Ridge for a Celebration of Carolista Baum’s Birthday! “She saved our sand dune!” On a summer morning in 1973, Carolista’s children were playing on the dunes. When they saw a bulldozer flattening out part of Jockey’s Ridge, they ran home to tell their mother. She went to investigate and found that the earth moving machine was preparing a residential development site at the base of Jockey’s Ridge, forcing her into action. She planted herself in the path of the bulldozer, forcing the operator to shut the equipment down. Carolista then founded People to Preserve Jockey’s Ridge, contacted landowners, raised money and lobbied the state. On May 31st, 1975, North Carolina listened and declared Jockey’s Ridge a State Park. Carolista’s legacy was born.

On Sunday, August 30th from 12:00 noon to 2:00 pm at the Jockey’s Ridge State Park Visitors Center, there will be live music by the Mojo Collins Band, a kite-making class, an Art Exhibit, free tacos and Rita’s Ice, a Baum family dove release, sales of a limited edition “Save Our Sand Dune” 40th Anniversary t-shirt, and a video featuring Carolista from 1975. “Save the Dunes,” Carl Sandburg said, motivated by Carolista’s efforts. “They belong to the people They represent the signature of time and eternity. Their loss would be irrevocable.” This event is sponsored by the Outer Banks Visitors Bureau.

Here’s a video link about the efforts to preserve Jockey’s Ridge - https://youtu.be/5fTbLdTyjes 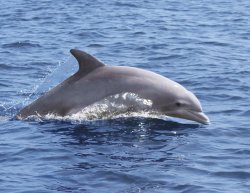