Back to: Blog Food & Drink

One of the best things about colder weather on the coast is the availability of fresh, yummy oysters. And there is nothing like an oyster roast - preferably over a burn barrel on a crisp, cold night. When roasting oysters, you want to cook them only until they just open up enough to get a knife in. This way they are not raw, but they retain the juice that makes them so appetizing.

Sometimes you'll be lucky enough to get "the prize". Little pea crabs sometimes shack up inside the oyster. While these are technically considered parasites, for some reason those seem to be the best tasting oysters. For the record...... I don't eat the crab, but you can.

The male and female crab move into the oyster to mate. I guess they heard that oysters are an aphrodisiac. The male generally leaves but the female spends her life there, eating on some stuff in there that doesn't sound very tasty.

So, enjoy the local oyster harvest which runs from October 15th through March 31st. And remember to recycle your oyster shells. Eastern oysters are on the rise again, due in part to oyster-shell recycling and reef-building programs. YUM! Your Guide to Enjoying a Holiday Vacation on the Outer Banks 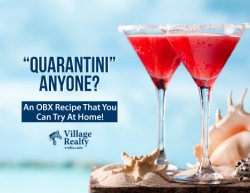 Easter Services, Brunches, and Egg Hunts on the Outer Banks 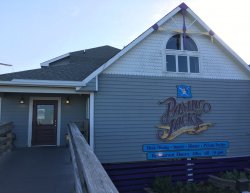